The Milk Producers Organisation (MPO) launched the 1% #payingmilkforward project, also known as Project One, to assist in feeding the nation and help alleviate the levels of malnourishment, especially among the most vulnerable in our communities.

The Western Cape Department of Agriculture responded to the request with a donation of milk to the value of R100 000 (R50 000 each from their research dairies at Elsenburg in Stellenbosch and Outeniqua in George).

At the hand-over ceremony, the newly appointed head of the Western Cape Department of Agriculture, Dr Mogale Sebopetsa, alluded to the difficult, but interesting times we are experiencing as a nation, and that the COVID-19 pandemic has created the space to demonstrate love and care for our people, especially the vulnerable. Their milk donation is part of the department’s commitment to the Human Relief Programme, especially in the Winelands area.

“We chose Shiloh to receive this donation because they have a big footprint in the Winelands, an emerging hot spot after the City of Cape Town”, says Dr Sebopetsa. Shiloh will be distributing milk and processed food, such as yoghurt, to vulnerable beneficiaries in the Western Cape, but especially to hotspots like the Winelands. Dr Sebopetsa emphasised the importance of the department’s donation when he concluded with, “We want to disrupt the spread of COVID-19.”

Dr Ivan Meyer, Minister for Agriculture in the Western Cape, elaborated on the management of the pandemic in the province, including slowing the spread of the virus and humanitarian relief and support, which will have a positive effect to kick-start economic recovery. He also announced that the cabinet appointed himself and Dr Mogale Sebopetsa to lead the COVID-19 hotspot strategy in the Winelands area. “There are one million people in the Winelands, and this is a very important region in the Western Cape”, says Dr Meyer. He thanked the MPO for their contribution and mentioned that compassion, dignity, and humanity are most important during these challenging times.

Philip Blanckenberg, MPO representative in the Western Cape, confirmed that their aim is to contribute to those who are struggling and have little or no food to eat. “The milk industry has, to a large extent, not been negatively impacted by the pandemic and is, therefore, in a fortunate position to help. Milk producers are also thankful that the nutritional value of our product improves and strengthens people’s immunity and their health,” says Blanckenberg. The MPO came up with the idea to donate 1% of producers’ milk because of the large-scale poverty and insufficient access to food as a result of the pandemic.

Prior to the 1% project, producers already donated milk to numerous initiatives, and they are increasing their contributions because of the pandemic. Blanckenberg thanked the milk producers and the Western Cape Department of Agriculture for their generous donations. He also acknowledged everyone at the department for the roles they played in this project and members of the cabinet for the positive progress they have made during the COVID-19 pandemic.

Connie Fagan, legal risk and compliance manager of Lactalis SA (previously known as Parmalat SA), said Lactalis supports the department’s actions and there needs to be a concerted effort to support communities. Lactalis will process the bulk milk into packaged milk and yoghurt and will add some of their own produce before delivering to Shiloh for distribution to those in need.

Estelle Veldman of Shiloh, a group of projects of which Shiloh Food and Shiloh Relief are the two largest, received the donations on behalf of the group. Shiloh Food have been active for sixteen years. They are successful because of the strong relationships they build with farmers, butchers, and other entities, enabling them to provide only the best-quality food to the beneficiaries (schools, churches, soup kitchens, children’s homes, and old age homes) and, thus, emphasise their objective to uplift through nutrition. Their motto is to only produce meals they would eat themselves.

Shiloh’s aim is to make a sustainable and dignified difference in the lives of the most vulnerable, and they manage their organisation in such a way that the community receives maximum benefit from donor contributions. “We provide 33 associations with between 2 000 and 3 000 hot, nutritious meals per day and are ideally positioned between the receiver (who is the heart of our projects) and the giver (who provide for the needy),” says Veldman.

Shiloh Relief provide monthly hampers to struggling families with low or no income, victims of disaster, moms with newborn babies, pensioners, and the terminally ill. Currently, more than half of South Africa’s population does not have the means to provide for themselves, and COVID-19 has increased the need. “Thank you for making our hands stronger and helping us to serve those who need it in a dignified manner.” 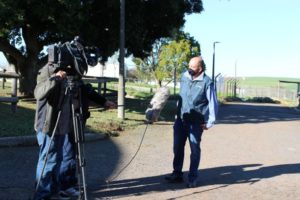 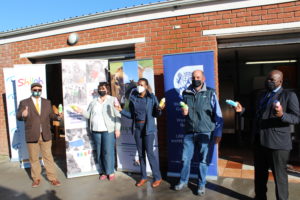 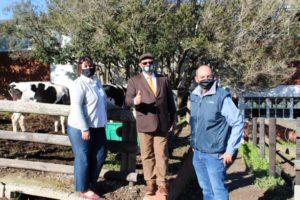 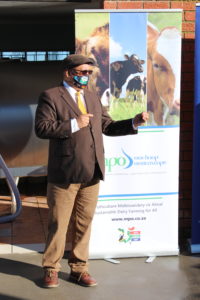 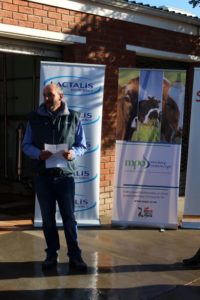 MPO Pointer 8/1 JULY 2020 For the past five years, erratic producer prices for milk farmers all but wiped out dairy farm resilience and increased
Read More

The Pretoria High Court has ruled against the sale or trading of water rights. In three separate matters argued in October 2019 before the court on
Read More